Based on the Green Day album American Idiot and 21st Century Breakdown, Johnny, Tunny and Will want to escape their suburban hometown and search for meaning and freedom in the city. They know they want something else - they’re just not sure what that is.  Fear, war, and drugs soon prove easier choices than freedom, eroding their friendship and dreams, and forcing the three to face a new fast-paced reality. With a crazed rock pulse, Bailiwick Chicago Artistic Director and Northwestern Alumna Lili-Anne Brown directs an intense look into the hearts of young Americans craving purpose in a cynical world. 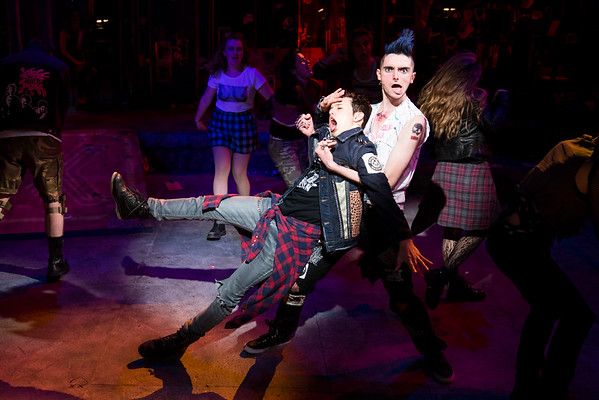 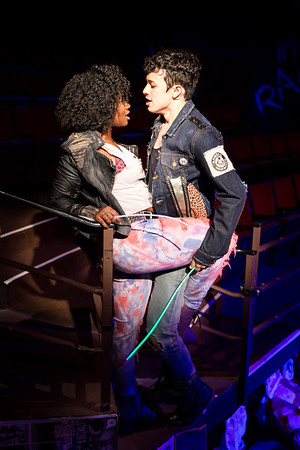 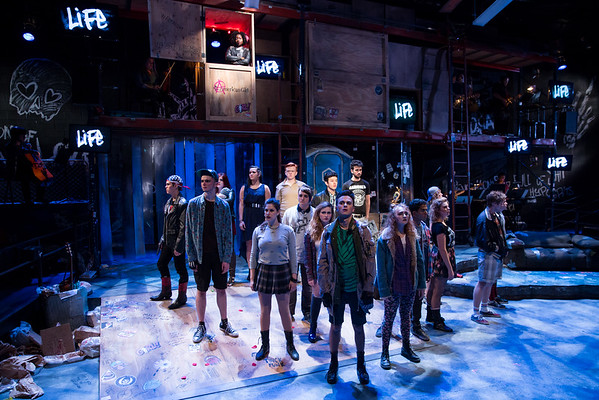 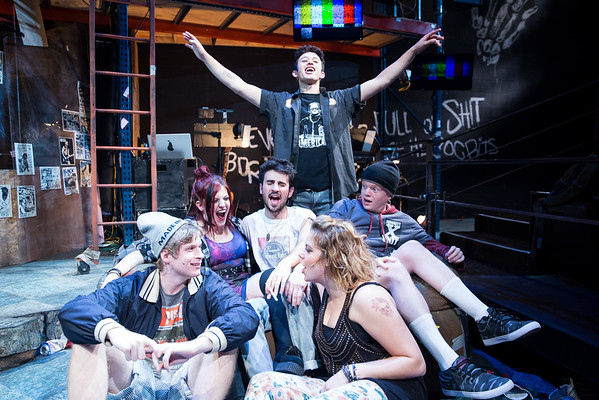 LILI-ANNE BROWN (Director) is a native Chicagoan with local, regional and national credits. She was recently seen as Joanne in American Theatre Company/About Face Theatre’s production of RENT. Last year she originated the role of Tia in the world premiere of hit play A TWIST OF WATER with Route 66 Theatre Co, and she recently reprised the role Off-Broadway. She has also performed at Steppenwolf Theatre, Chicago Shakespeare Theatre, Writers’ Theatre, Next Theatre, Ravinia Festival, ShawChicago, Drury Lane Oakbrook & Water Tower, Alabama Shakespeare Festival, Theatre at the Center, Peninsula Players, and many more. She is a local cabaret artist and member of Chicago Cabaret Professionals; her solo shows BROWN & BLUE and SAME FOOL TWICE debuted successfully at Davenport’s Cabaret. She has performed with The Second City, understudying the etc. Stage, appearing in Chicago Live! at the Chicago Theater, and performing in the shows A GIRL’S GUIDE TO WASHINGTON POLITICS at Woolly Mammoth Theatre in DC and CHARMED AND DANGEROUS at CenterStage in Baltimore. She is the creator and co-author of BLACKTACULAR!, a musical sketch comedy still seeking producers.

Her directing credits include: the critically acclaimed Chicago Premiere of PASSING STRANGE for Bailiwick Chicago; SWEET CHARITY, THE 25TH ANNUAL PUTNAM COUNTY SPELLING BEE and BUDDY: THE BUDDY HOLLY STORY, all at Timber Lake Playhouse, where she is an Artistic Associate and got her start assistant-directing and appearing in AIN’T MISBEHAVIN’ and RAGTIME. She also served as Assistant Director for THE LIFE, SIDE SHOW and THE WILD PARTY for Bohemian Theatre Ensemble, and RAGTIME for Porchlight Music Theatre. Offstage, Lili-Anne spent five years working as a talent agent in Chicago. She headed casting at Bailiwick Chicago and Bohemian Theatre Ensemble, and has assisted with casting at several other theatres. She is an Artistic/Technical Team member of the Joseph Jefferson Awards Committee; a Northwestern University graduate (Performance Studies); and a member of Actors’ Equity Association and the Screen Actors Guild / American Federation of Radio and Television Artists.